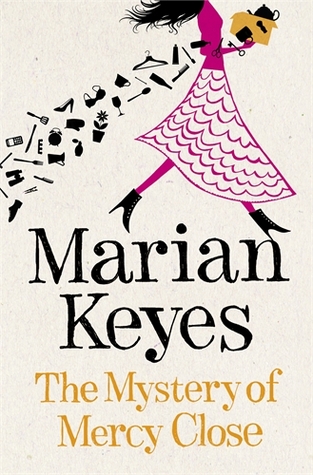 I just finished listening to this book. It is one of those books I’d describe as an easy read. I enjoyed it. The story is about a female private investigator called Helen Walsh. She had just about lost everything, her job, her flat and has to move in with her parents. She is approached by an ex-boyfriend, Jay Parker, who is also the manager of a boy band, to find a missing member of the band Wayne.

The book is set in Ireland during the recent recession. Whilst she is following several leads to find Wayne, the reader is also told the story of her depression. I found this bit of the book very honest, touching and very detailed. I don’t know Marian Keyes, but she has either done her research really well, or has suffered from depression herself. Helen had attempted suicide twice and after the second time goes into a ‘mental hospital’. The story is told very well and the happenings leading up to the second suicide attempt. The reader gets told how she tried and failed and what it feels like and how her friends and family re-acted.

As she is unable to find Wayne and an announcement has to made to the press that Wayne will not be joining the ‘Lads’ reunion concert, she plans a third suicide attempt, but her life takes some unexpected turns before the end of the book.

This book is none of these deep emotional books that will change your life and so on. it was pleasant to read, well listen to and entertaining and yes it was also a mystery that kept me guessing until the end. I can recommend this book.