Many times throughout this year I had conversations with different people about ‘Experiences’ and that in my opinion there are worth more than materialistic things. Experiences enrich your life and make you grow as a person or just make you feel good, or bad in some cases. I am talking about good experiences here. this year I had three priceless experiences that made me feel speechless and overwhelmed with positive emotions. The first one was hearing James Galway play the flute live  at Sherborne Music festival and meeting him afterwards. He is my idol and in my opinion the greatest flautist in the world. Shaking his talented hand and talking to him made me go all goose bumpy and I knew this was a once in a lifetime experience to me. 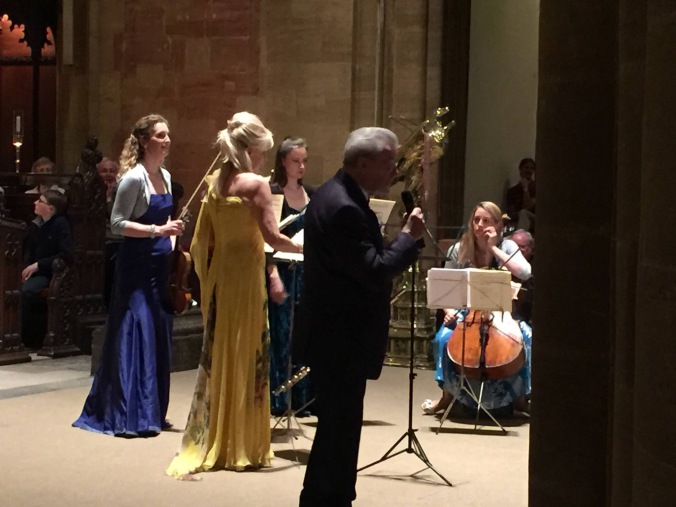 The second unforgettable experience I had in 2016 was hearing my favourite band live in Frankfurt. They are called ‘Silbermond’. I went to the concert by myself as none of my friends or family like the band as much as I do. they were playing in Frankfurt, which is 45 minutes from my home town. It was a fantastic night, and some songs made me cry, as it brought back memories, whilst others made me sing out loud and dance. It was a really really great night.

The third experience was ‘Timanfaya’. It was breathtaking to see what nature can do. The tour guide said something at the end of the tour that struck a chord with me. he said that many people thing the volcanic landscape is the end, but he said it is the beginning. He could be right. Who knows in a few thousand years Timanfaya could be the beginning of new life again. I bought a beautiful bracelet at the gift shop, made from lava stones and a silver feather.

I just looked up the healing properties of lava stone and I am so pleased i got the bracelet. This is just what I needed:

Lava stone doesn’t really have the “look” of something that is healing; but for centuries it has been used to do exactly that. When thinking of lava stones, it’s important to keep in mind that it’s origin plays a key role in its energetic qualities.

Although all these great experiences cost me some money, they will stay with me forever unlike most materialistic things. With everything else that is going on in the world at the moment it is so important to focus on the positives. What unforgettable experiences have you had this year?

I love this 🥰 I often ask myself if it was the right move to come to Germany 🇩🇪 but then I go out on my bike and see these views and my heart feels full of joy. I love the different shades of green in the spring.
After a really long time, we finally managed to go on a roadtrip. Our first stop was #arnhem in #holland. We love it here. It’s a small city with a really nice shopping street and many restaurants and bars in all the little side streets. The people here are so friendly and made us feel welcome. #arnhem we will be back! 🥰 @alansadventures19 #holiday #urlaub #holland #netherlands #niederlande #pitstop #shopping #relaxing #timetogether #break #easterbreak #osterferien
Today I got this parcel in the post. Just at the right time, as #thestruggleisreal this little gesture has shown me that there are people out there that know the stuff I have to juggle at the moment. And on a day where I asked myself if it‘s all worth it, this arrived to remind me it is 🥰 #feelingthelove #feelingloved #givingupisnotanoption #whatdoesntkillyoumakesyoustronger
Another great day with @alansadventures19.
The snow made this Christmas special ❄️ it’s very very sad that we can’t travel to the UK to see our family and friends. It is so important to focus on the things we can do and enjoy each day as it comes.
I went to #rossmann (unbezahlte Werbung) on Friday and saw this mug.
Loading Comments...
%d bloggers like this: