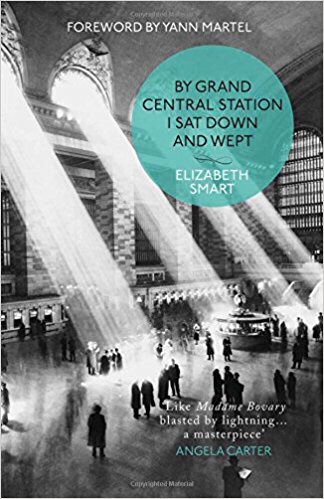 This novel is written in prose poetry. The book was first published in 1945, but it was very controversial at that time as it describes the protagonists relationship with a married man. The whole book is about a love triangle and the emotional difficulties of the protagonist. The pain she feels on one hand whenever he isn’t with her but on the other hand wants him to show emotions to his wife as she feels sorry for her, those emotions are captured really well. Apparently the book is loosely based on Elizabeth Smart’s love affair with the poet George Baker who was also married.

I bought this book as it is considered a classic and a must read for anybody that is interested in Literature. I have to say that, although I really like poetry, especially the old Romantics, I found this book very difficult to follow and often had to read a page twice to get the meaning and who she was actually talking about. It is a challenging read. The language she uses is beautiful and the words are chosen with great care, but as I said it isn’t an easy read and not for everybody.