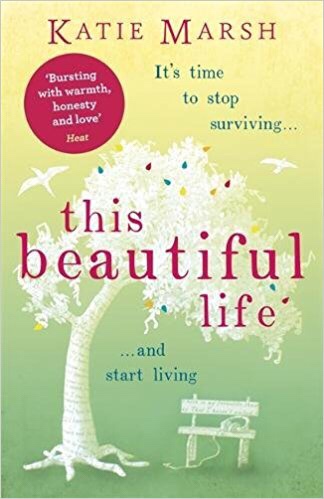 I bought this book as it was recommended on several websites as motivational and uplifting. The book tells the story of Abbie who has just been through chemotherapy and several operations for bowl cancer and got the news from the surgeons that she is now cancer free. She is married to John and they have a Son called Seb. Now that life has given her a second chance she is ready to live life to the full again…but destiny throws some spanner’s in the works. Her husbands company is on the verge of going bust, her son is also going through some very difficult changes. To top it all her marriage seems to be falling apart.

The book describes the difficulty of having to adjust back to ‘normal’ life after the cancer. The difficulties Abbie has to accept her body again, with all the scars. Her husbands struggles to stop treating her like a patient. It also describes her sons difficulties with his own sexuality and how everything had to be put on the back burner whilst his mum was so ill. I have to say though that I did not find this book inspirational or uplifting. I guess that maybe the book would give some comfort to someone that has been through a similar experience, or could resonate with what Abbie is going through. I felt that it was written in a very honest way. I did not like that it ends very abruptly and I was quite disappointed about that. It leaves the reader hanging.